Yesterday was the first OX4 event in Oxford which, by all accounts, was an attempt by Truck (formerly Records, now Festival) and You, Me, Dancing to create an SXSW style combination of music and community events. Here are my thoughts on the the bands that I managed to catch:

Susanna Starling, Bar Tarifa: Only caught the end of this set, but would have liked to have seen more. Very cool vocals / double bass + live beatboxing.

Richard Walters, Bullingdon Arms: To be honest I felt a bit sorry for Richard. He is a great acoustic balladeer, and I definitely preferred this set to the last time I saw him when he supported Imogen Heap but as the day was only really starting up, I think he found it difficult to compete with the people talking. He did battle on valiantly though and it was a good start to the sets at the Bully.

UTE, O2 Academy: My fiancée, who was with me throughout the day, asked me how I would describe the acoustic 3 piece while we were watching them and I said ‘Wonky Emo-ish Folk’. Kinda sums them up I guess. Very enjoyable though, shame their set was cut short.

Charly Coombes & The New Breed, O2 Academy: The last time I saw Charly, he was playing with The brilliant 22-20s, so compared to that to be honest this set was a bit of a let down. The words Top and Loader spring to mind…

Action Beat, Bullingdon Arms: 4 drummers! 4 DRUMMERS!!! + Guitar and Bass! THAT’S INSANE!!!! A HUGE wall of noise, unfortunately only caught the end of this set (which included a heroic dive on to drummer 4 (from left to right) by the guitarist), would definitely like to see more.

This Town Needs Guns, Bullingdon Arms: I don’t really want to describe another band as wonky pop but, well, it fits. Math rock maybe? Always hated that genre name. Great seeing them again though, a good set, although the lady harassing Stu (the singer) didn’t really help things. Funniest moment of the day though was seeing Stu run and hide in corner at the end of the set to get away from the ‘new number 1 fan’… 🙂

Dälek, Bullingdon Arms: To be honest, the reason I bought tickets for the day was to see these guys. I’ve wanted to for years so to be within feet of them was just AWESOME. An over used word these days but that really was the only way to describe the heart-stopping (almost literally) wall of beats and bass that these guys imported from NY. Make no mistake, this was Hip-hop, almost old school Hip-hop even, but PROPER underground Hop-Hop (not like 80% of the crap you get in the charts these days) with huge distorted beats, bowel shaking basslines and screaming samples. The only downside to this was that the huge wall of noise did over shadow the vocals a lot of the time but I suppose that’s all the more reason to buy the albums.

Mr. Shaodow, Baby Simple: To be honest I was still on a come down from seeing Dälek but flying the flag for UK Hip Hop was Mr. Shaodow. A very different kettle of fish though. Good Lyrics, good beats, and a feel good atmosphere. Well played sir!

Didn’t get to see: The Big Pink (although apparently they were crap), Jonquil (too knackered after Dälek), Danny + The Champions of The World (the upstairs of Baby Simple was RAMMED!!!, looked like fun though) and The Original Rabbit Foot Spasm Band (too late, too tired, gone home by then). Roll on the next OX4 I say! There is some sort of link between these tracks. Not sure what it is though. # Be My Baby x The Ronettes […] 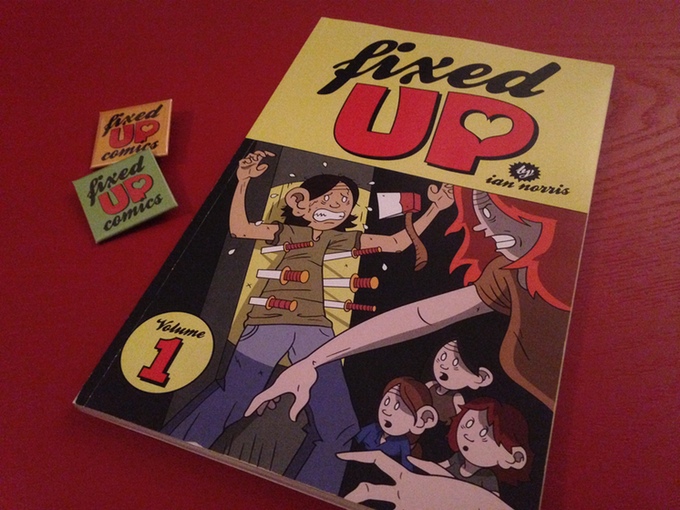 Ian Norris did the pretty awesome cover art for the last 2 Tiger Mendoza / David Griffiths albums: “Along Dangerous Roads” and […]

Just thought I’d let you all know that the pretty god damn brilliant Keyboard Choir have a new e.p which you can […]